With a viev of a sand-cloc in mind I constructed a peculiar hourglass out of an interior. The ceiling was lowered to 2m high with the stretched fabric slightly sagging because of the weigh of the sand. Throughout the hole in the fabric the grains of sand were pouring creating on the floor systematically and regularly a growing cone in the cold, in its colours, room. This process was accompanied by the hardly heard rustle continuing till the sudden silence.

“It is not the last drop that empties the-clock, but all that which previously has flowed out; similairly, the final hour when we cease to exist does not of itself bring death; it merely of itself completes the death-process. We reach death at the moment, but we been a long time on the way.” 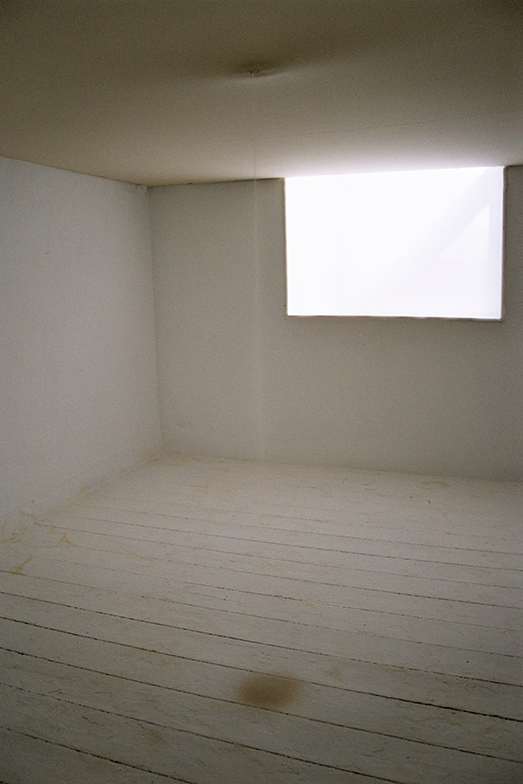 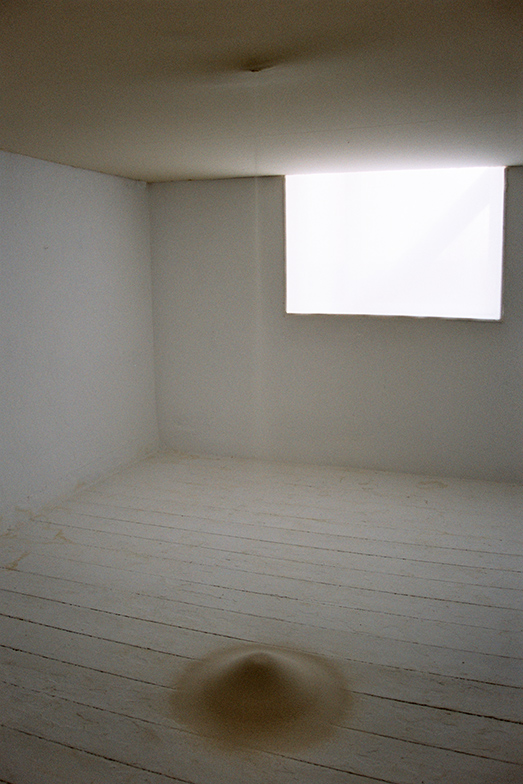 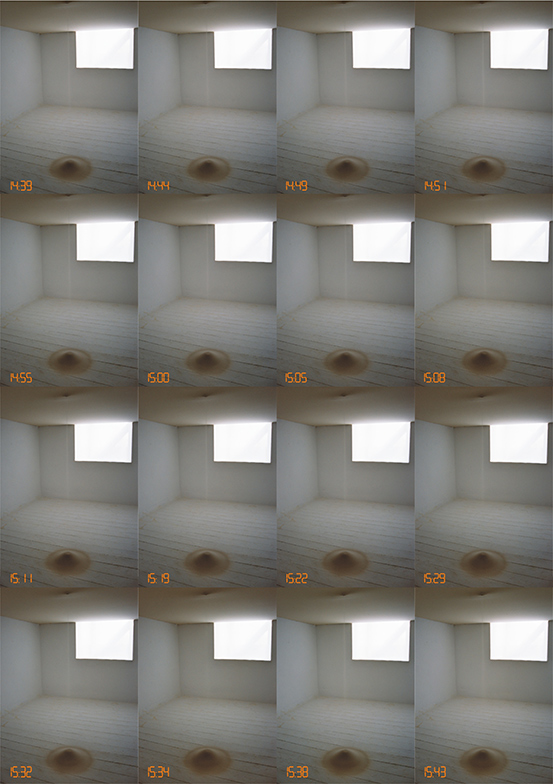