“The phantom worlds”
by Agnieszka Okrzeja

In the world of art, Maria Wasilewska travels in the self-created illusionary trajectories of space. She draws her inspirations from post architectonic experiences. At the beginning the artist becomes a viewer  in the process of knowing, which proceeds the creative activity.  Little by little when the creative process opens she  places individual narration into spatial construction of reality, which she is being present in for the very moment, the moment of creation, the moment of time – the moment of exhibition. The unnamed spaces, which sometimes are  cubic galleries,  constitute the inexhaustible source of the creative   endeavors Maria Wasilewska  is able to bring out to us. This extraordinary skill of the use of territories  and generating out of them new formal architectonic potential belongs to individual (based on intuition)  creative process of Maria Wasilewska.
If we were to verbalize this activity, the words of Jan S. Wojciechowski seem to correspond with her performance: “(…) the process of defining  (…) shaping a form is determined by the event itself and, more or less, by the incidental factors, which accompany it in the given moment”. In such Maria Wasilewska’s artistic realizations as “iterations” or “c.d.n.n.” there appears “(…) the opening for the impulses coming from the exterior and because of them the defining process of a coming into being form is possible (…)” and also search for potential interpretations. “Impulses coming from the exterior could mean the activity of another human being who is a changeable source for a variety of signals. They could also stand for natural surrounding – a landscape or cultural environs  – urban situation.”
In the artistic confrontation the viewer, having been invited into “the phantom worlds” created  by the artist, and deprived of  knowledge on the creative process, he or she is dragged into a subconscious sensory  situation. In order to know the art of Maria Wasilewska one must be prepared to the new interpretations of the academic notions. Such basic notions as perspective and geometry have been abandoned and undermined by the artist at the exhibition at “ON Gallery” where a new ‘explorer’, the viewer only for the the very moment, was to be met.

Dark room built on the layout of the letter „L”.

In the shorter arm of the room there is the metal kaleidoscope of a truncated pyramid structure. It is hanged horizontally at the level of viewer’s eyes. Its narrower bottom is a screen projecting pictures from the turning around.

The longer arm of this room makes an elongated cuboid with a low ceiling. The mirrow, at the end of the room, reflects 2 streched lines of neon lights.

The mirror pyramid which is to be a kaleidoscope now is hanged in the dim space. The colorful and changeable picture, which comes out in its interior is a multiplied and deformed projection from the odther kaleidoscope-small turned around model placed in the built on that purpose machine and watched by the small camera.

The turning kaleidoscope generates uncontable number of presentations which next go under new transformations creating another equally interesing pictures.

The endless over productions is stopped from time to time by the interruption in the power flow and switching off the machine. At the same time the tick-tocking clock is stopped and the viewer stays in the complete silence, for the moment, looking at a random picture.

In the blackened room of the elongated rectangular, along its walls there were fixed two red pulsating with light lines of neon lights. They follow perpendicularly to the mirrow wall and next reflected in it they create the perspective convergent in the virtual space ( the physicist call it the mirror space). For the viewer the border between the reality and the virual world will be almost imperceptible. The double made reality may suggest the far perspective and horizon.

The uncertainty of our ability to notice is stressed by the rhytmical and simultaneous tick – tocking of the clock, dying down neon lights, when the viewer stays alone in the complete silence and darkness. He or she is deprived of the only reference point in this space without perimeters.

Light of neons is switched on and off cyclically 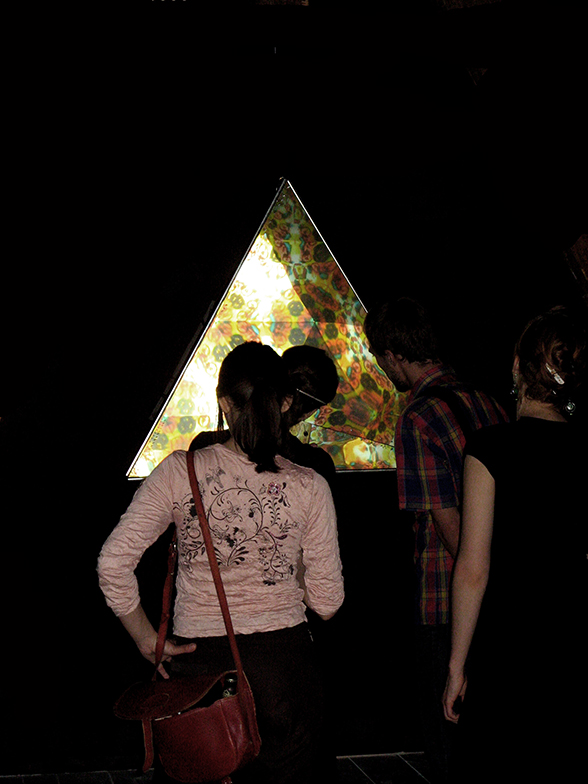 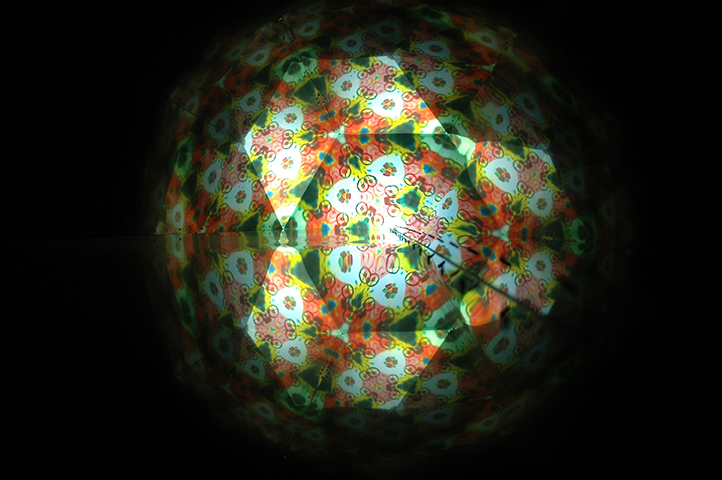 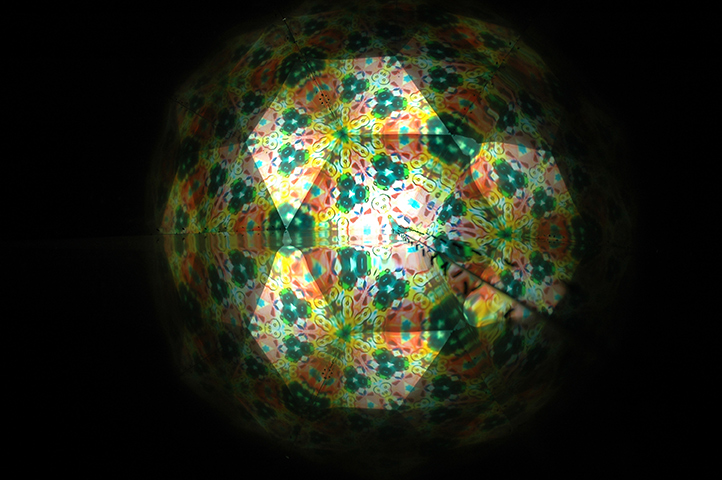 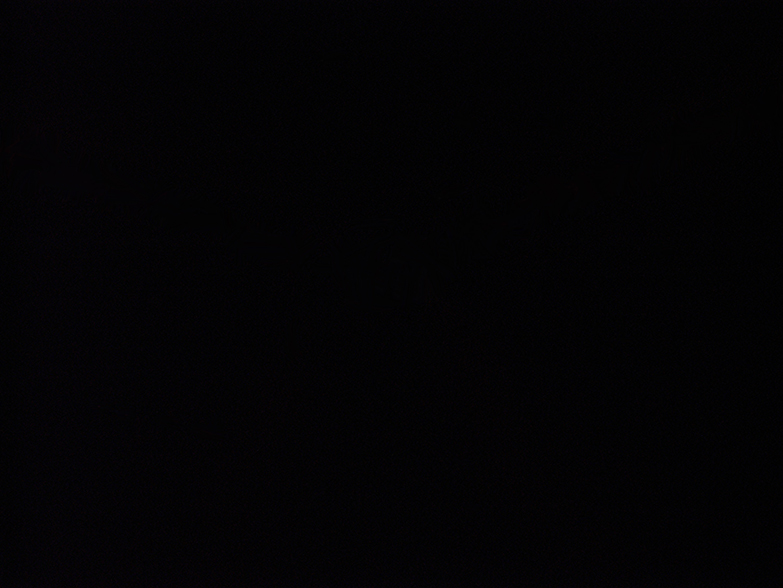 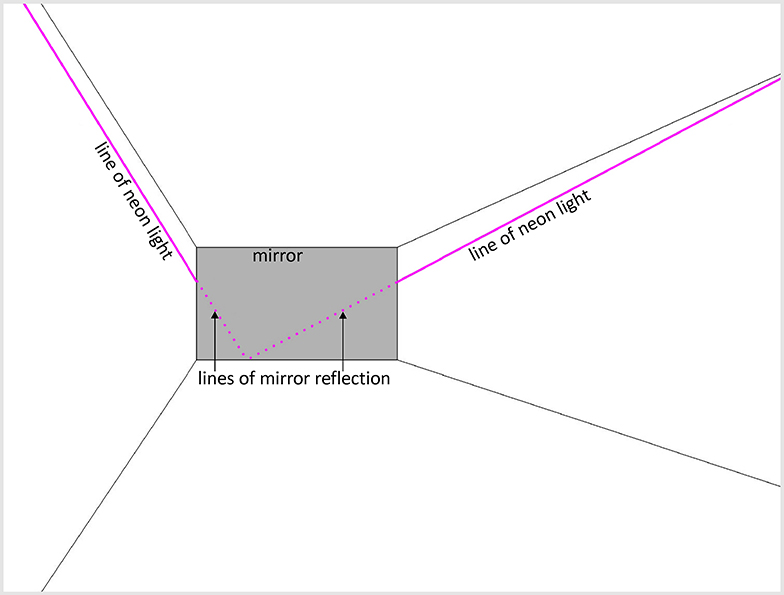