In the dark basement of the Cracow Cellar Gallery, the site-specific realization Mind the Gap took place. The term known from the London underground (not only) has many meanings. It may evoke meanings in the context of the place and the realization, which was there presented.

Clearance, interval, space, edge, these are the vocabulary which should be noticed in such a space. Coming down the steep stairs, we hardly see in the darkness.

Bumpy mud floor of the cellar makes the walk unstable.

In such a specific place I chose two rooms and built something similar to a divided into two parts sandglass. I used UV light and fluorescent sand.

In the darkness of the cellar the pouring sand, creating a cone, shined with fluorescent light. The installation had ephemeral character and lasted as long as the sand was poured from one place to another.

„(…) … the second aspect of the dark hole is the false change of ‘time’ … – it is a sandglass, cut into two parts with the fluorescent sand inside. The sand is as if sucked in down from one place and in the second one, the sand is pouring from the above.

… thanks to it and because of the sandglass effect we are able to notice the gravity of impenetrable darkness …, which is here a main object (…)” 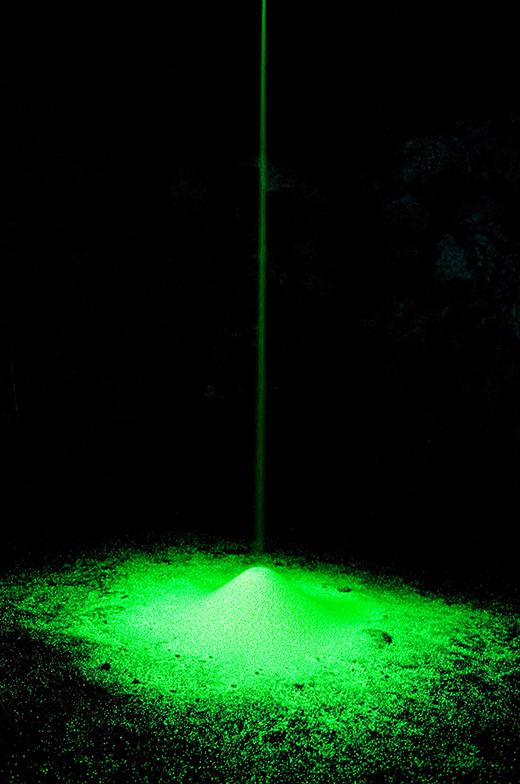 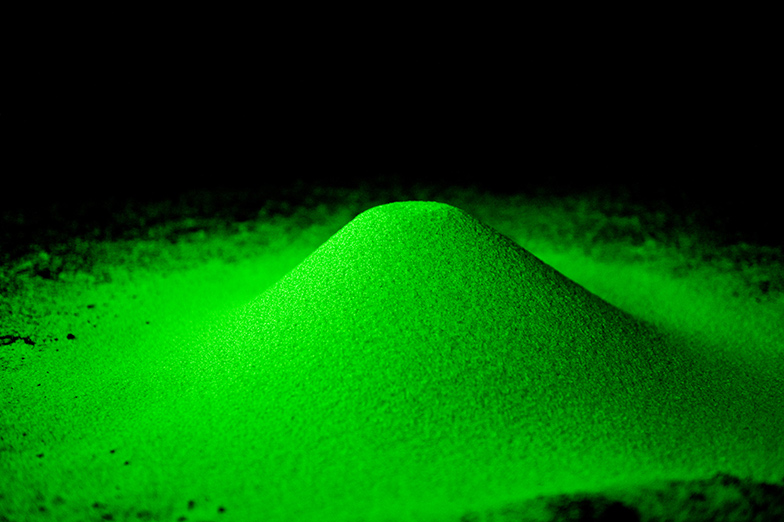 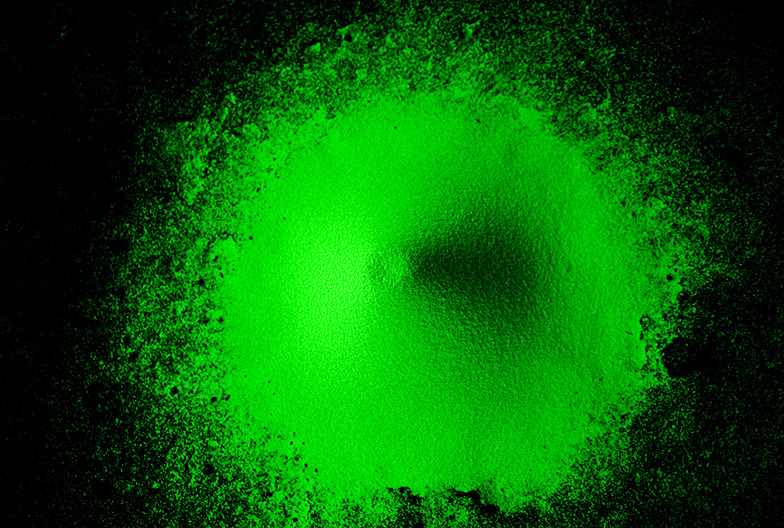 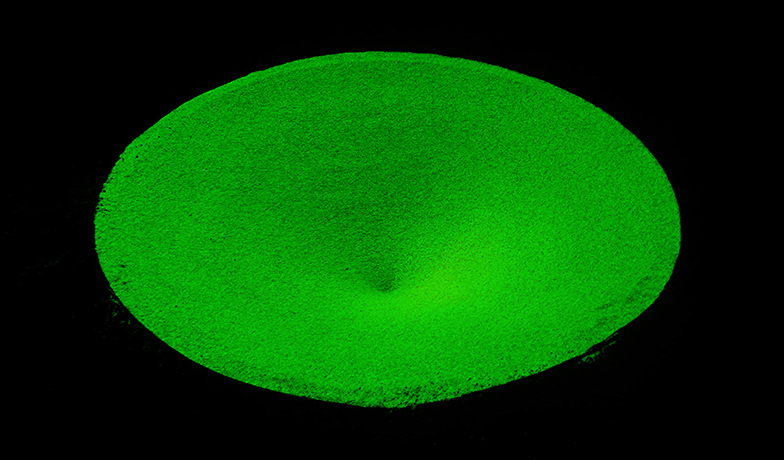 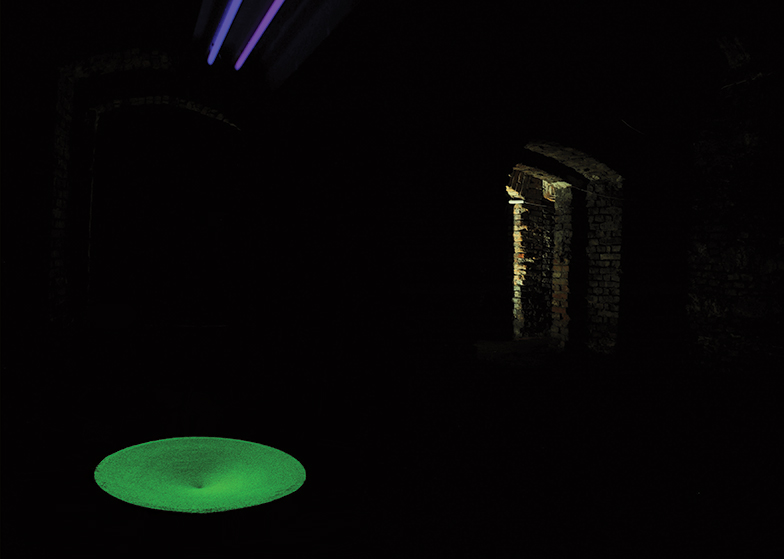 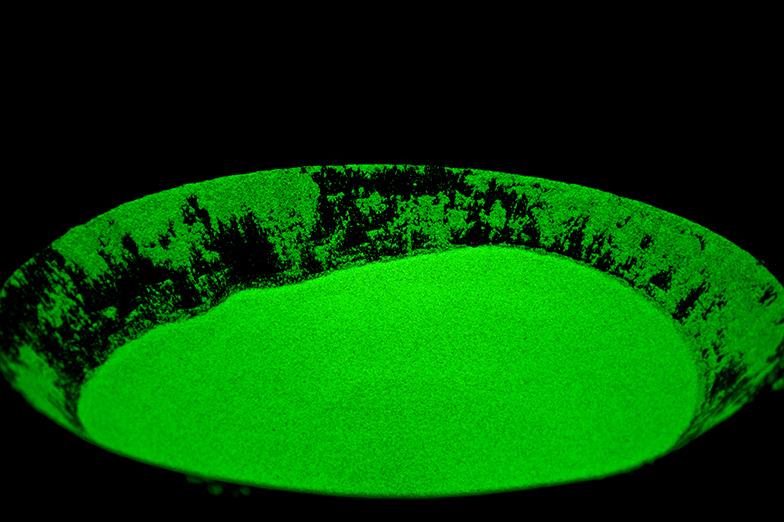 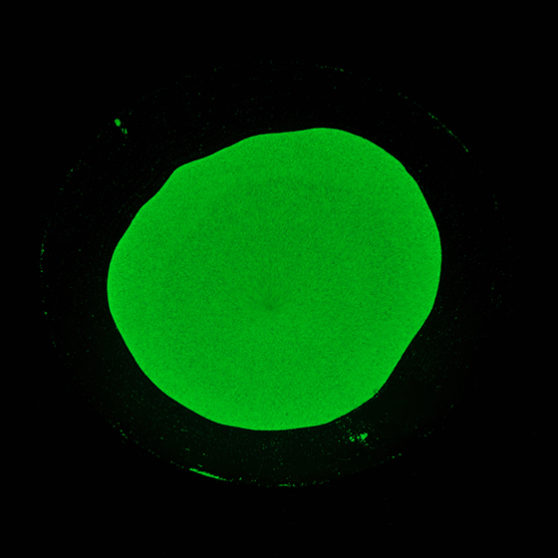 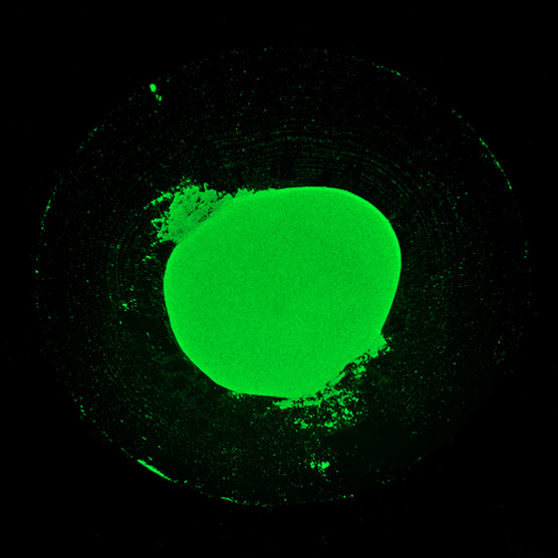 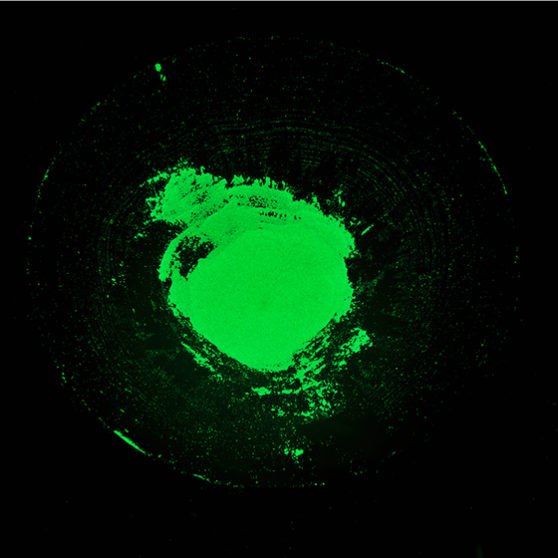 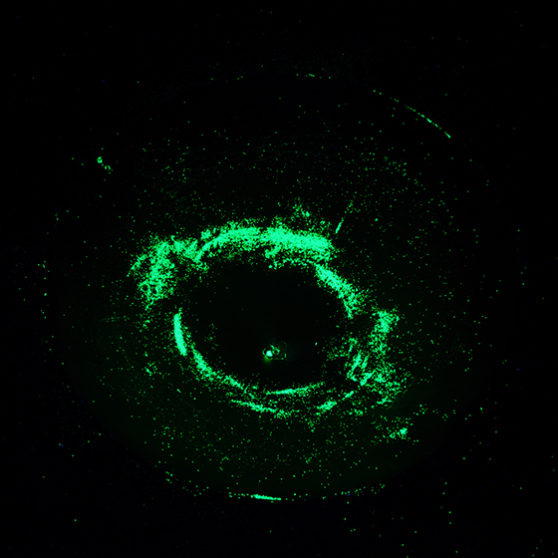