The title of my installation I took from the language software LOGO, which generated natural numbers. The command to end the calculation (give the last number) produced the answer: NO END.

So, the problem of some helplessness, which occurred in the title, was simultaneous to the one I touched upon in my work.

My aim was to construct two spaces connected to each other intellectually considering the time. Space-time was prepared at the use of the gallery architecture.

The gathered antinomies of illusions and realities, knowledge and emotions were supposed to put a viewer into the unusual abstracted situation, which induced some reflections, I hope.

In the blackened room of the gallery Labirynth 2 on the surface of the floor there was stretched the white line ( brough out by UV light) going along the gallery. The diagonal lines are coming out of it, creating some rhytm; thus created spaces of surfaces between them seem to be material wall which, however, can be walked through.The entire composition, reflected in the huge mirror placed on the opposite walls, multiplies to the borders of its natural capability of deformations which cause the curving of the space.

In the second room the computer printouts are to be mirrows ( illogical and distorted ) on the opposite walls. They present raws of numbers from the electronic clock screen ( the following one by one hours) creating some kind of a landscape perspective ( by the means of different size of font used).

It is accompanied by the steady monotonous of sand pouring. 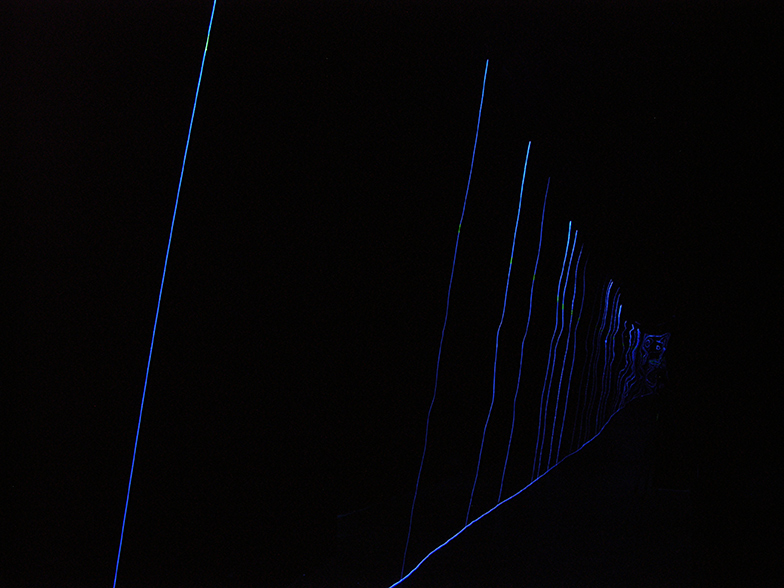 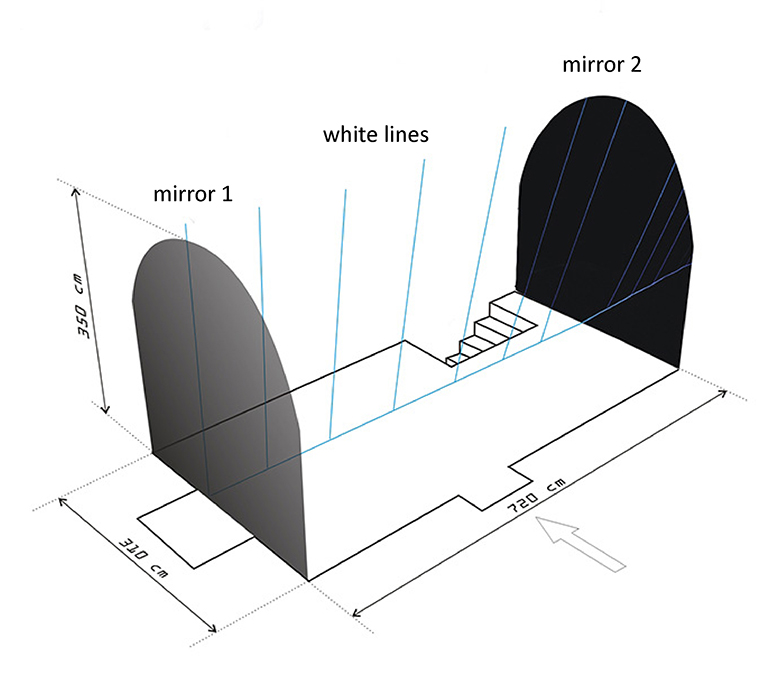 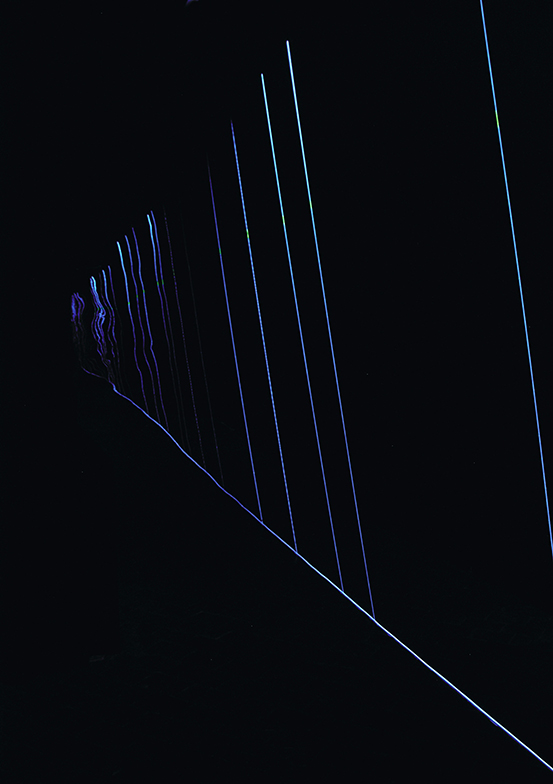 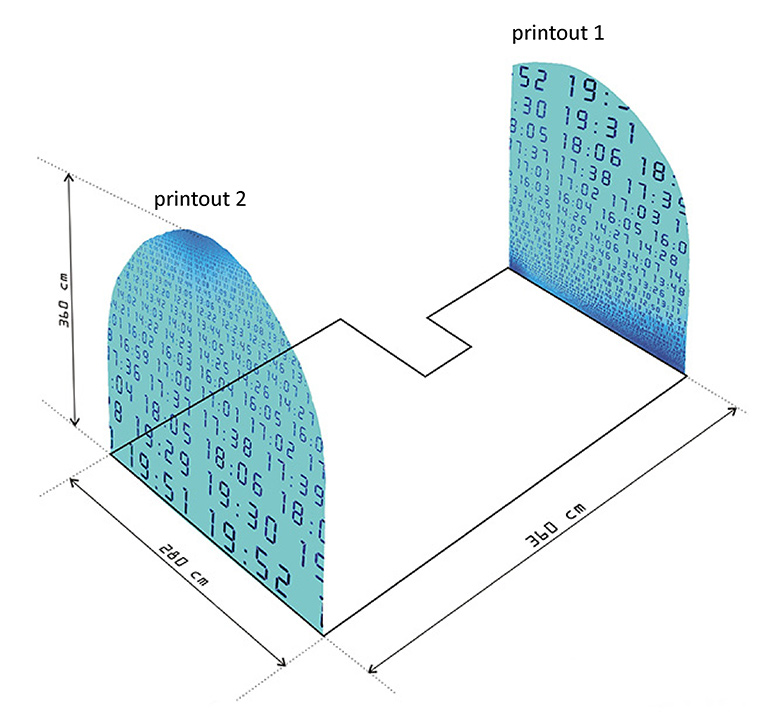 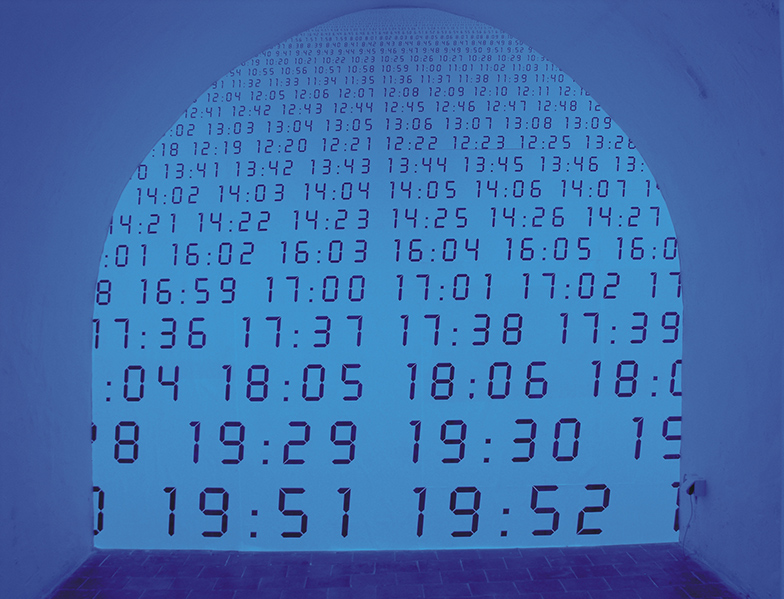 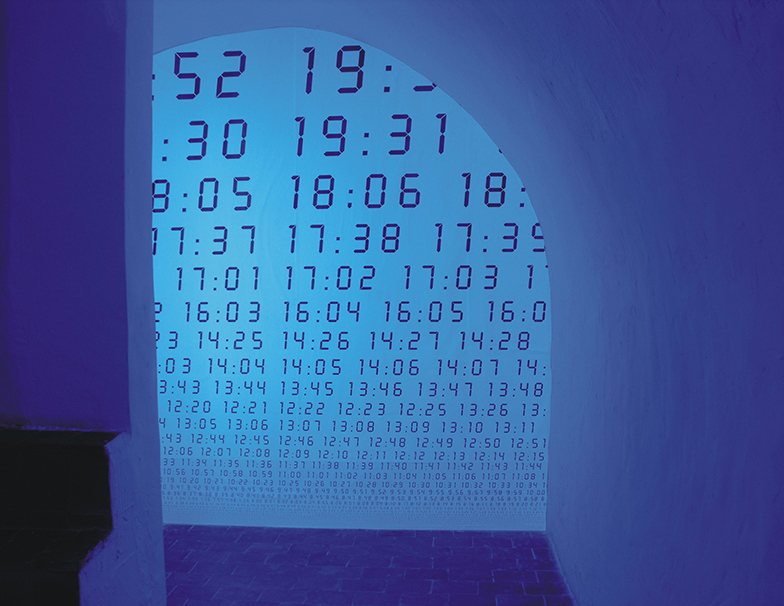