The shadow in the western culture has in fact a negative meaning (basiclly it stands for the lack of light). But, in Japan the culture of shadow connotes positive feelings, which I discovered on-the-spot living there for 50 days in a wonderful town of Takamori-machi under the Nekodake Mountain. Here, in the whole region of Aso, people live in the shadow of volcano (one of them is still active). However, the massive erruptions in the far past gave people a very fertaile soil, wonderful abundant nature. Nowadays they live, work and relax close to the nature and in harmony with it.

The land art in the Tsukimawari Park was created thanks to the support of the locals who helped me build the shadow of the oldest volcano in the Aso region – the Nekodake Mountain, from the volcanic ash (the surrounding very dark soil). It was this mountain that appeared in the oldest myths about Aso region. With a characteristic shape, a heavily ragged peak, the mountain is seen from almost every place in tha area and in Takamori-machi it plays a special role – it is a symbol of the town. 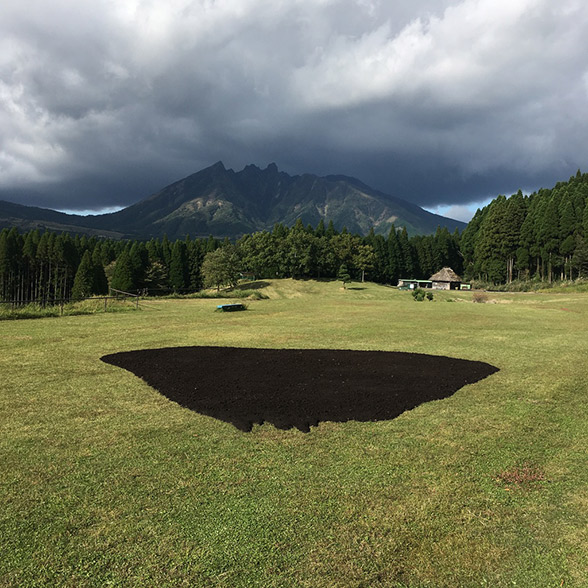 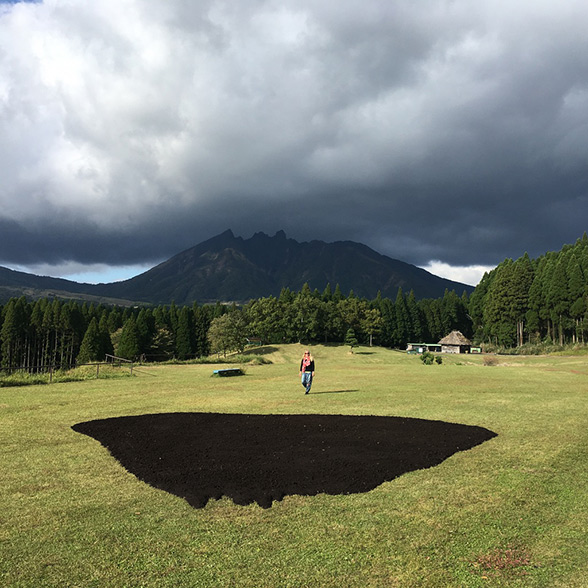 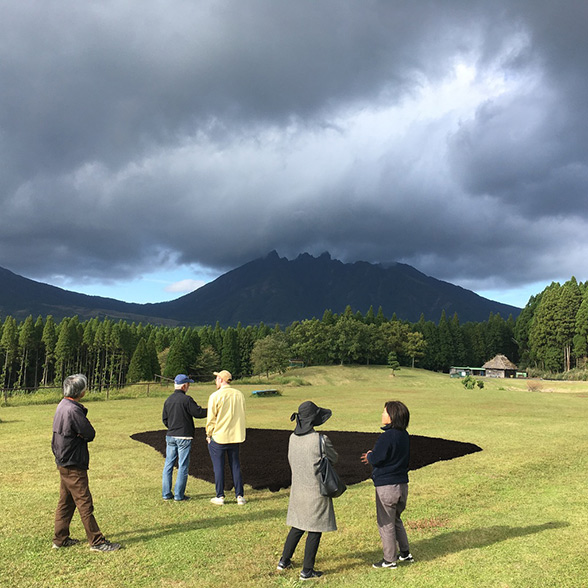