through the looking – glass

I am interested in illusion, on a plane and in space. For me, illusion is convention. In an attempt to break it, antinomies arise and thus the contraries exceed their physical limits. To construct such a space means to defy the convention of representation using it at the same time. Impossible figures are governed by similar laws. They use the logic of geometry (the rules of perspective) to challenge it. The subversivness of such a figure consists in its ostensible accordance with and simultaneous dissociation from the space describable by geometry. These are paradoxes, geometric absurdities, impossible to comprehend. Is not the existence and acceptance of such, it would seem, impossible figure in our “ordered universe of designations” a good reason to look for alternative spaces?

This implies, however, subsequent questions and doubts. Would the “open door” enable the passage and at least partial taming of the other reality? Or maybe it will remain a game of intellectual appearances, optical illusion and a kaleidoscope of substitutes?

The space of the gallery (Arsenal City Art Gallery in Poznan, Poland, Bielska Gallery in Bielsko-Biala, Poland) was expanded with the mirrow reflection of the open doors.

Putting together two contradictions (real picture and its mirror reflection) there is a strong resemblance or even equality. What is real then? When is the border between oppositions? Is the physical border also a mental one? The impression is enhanced at the multiplication of pictures resulting in the uncertainty of impressions interpreted by our sight. 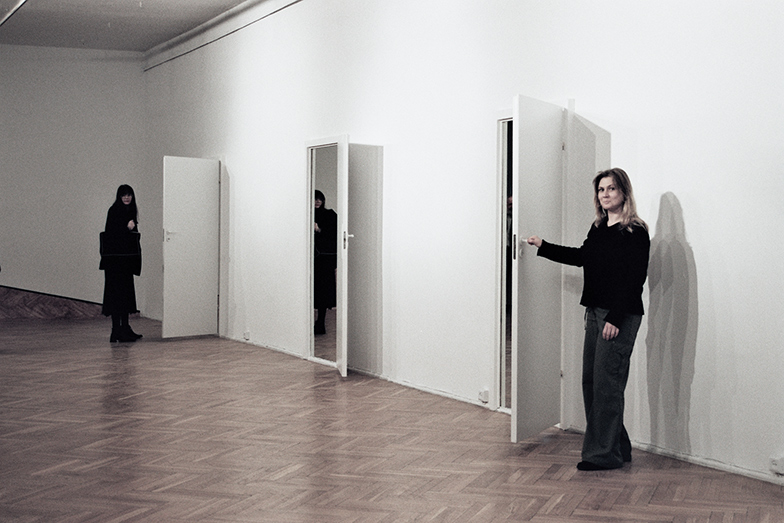 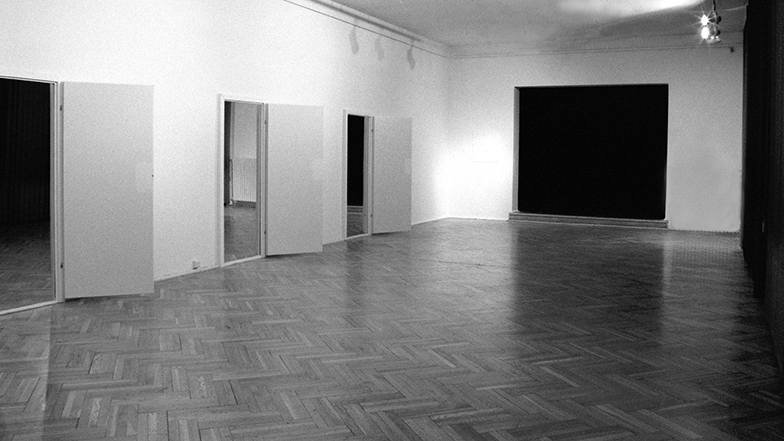 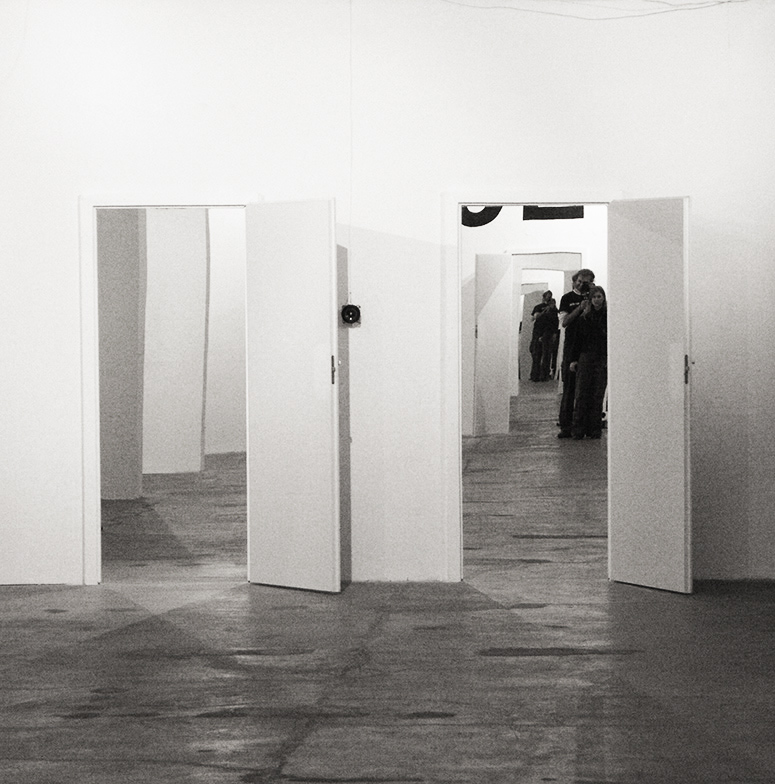 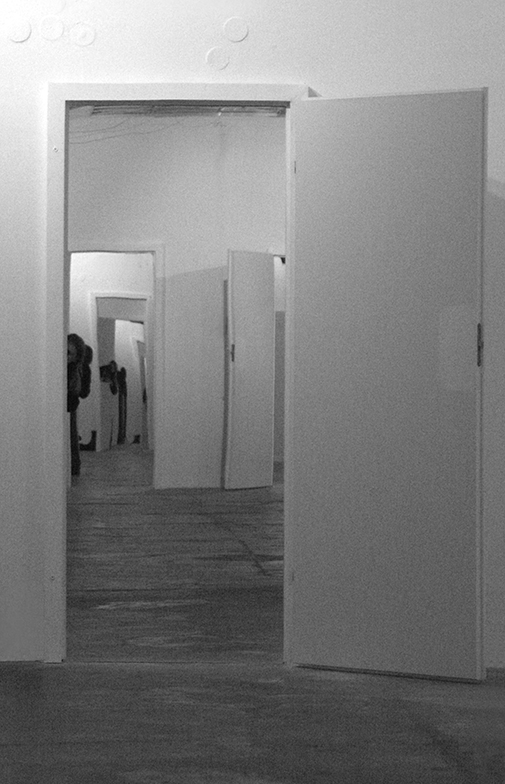 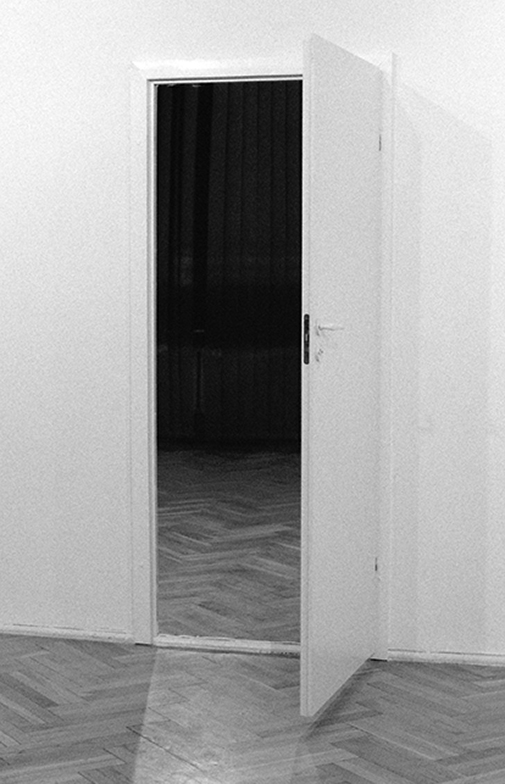