However, there is a slight linguistic twist here.

The accentuated won in the title questions the presumably obvious meaning of the term “wonderland”, since “won” in Polish is an aggressive imperative for “get out”, and as such, not an expression you will hear in a friendly environment.

Wonderland refers to an atmosphere of political oppression, of dangerous ideological intrusiveness, deepening until it has reached a state of … redness.

I am wondering here: what happens to the human brain when it is attacked by politics.

My project consists of two red spaces. In the first one, a stop-motion animation of photos is projected, depicting current street incidents that involve nationalist and racist gangs. The imagery attacks the viewers’ senses and refers to the emotions of the masses.

The second space focuses on the experience of persons forced out of the safety of their familiar environment. Here, their world has become an internal space shocking in its architectural solution. It is completely flooded in extremely bright light coming from abstract lines of neon illumination hanging from the ceiling.

Staying in there too long may cause your brain to stop working properly, deprived as it becomes from sufficiently different stimuli. The only stimuli present are those that disturb the obvious and habitual.* As a result, your perception becomes instantly disrupted, your awareness delusory. You may even lose touch with reality and become emotionally unstable.

Of course, you can leave the installation anytime you wish, getting rid of its optical invasiveness and regaining your sense of balance outside. However, you may notice then that keeping your distance from reality appears no longer that easy. You are left with an implicit sense of danger…

On 19 October 2017, an hour and a half before the opening of an art exhibition in the Palace of Culture and Science in Warsaw, a man from the town of Niepołomice committed suicide by burning himself in an act of protest against current Polish government policies. He had prepared a long text protesting his action. Two words in particular caught my attention: ’Wake up!’

This art installation is my personal response to the current, very threatening situation in Poland. To rapidly increasing racism, to intolerance, nationalism and fascism nourished by religious fundamentalism.

* This installation was inspired by phenomena associated with sensory deprivation and the Ganzfeld effect. These psychological experiments concerned the working of the brain with limited external stimuli. If our brain does not get sufficient stimuli for proper functioning, it will change its mode and waves. Usually, this happens after 15 minutes. This sensorial deprivation research project was conducted in the USA in the 1950s. Financed by the CIA, its aim was to obtain insight into the workings of the human brain and also to establish the most efficient methods for torture and manipulation. 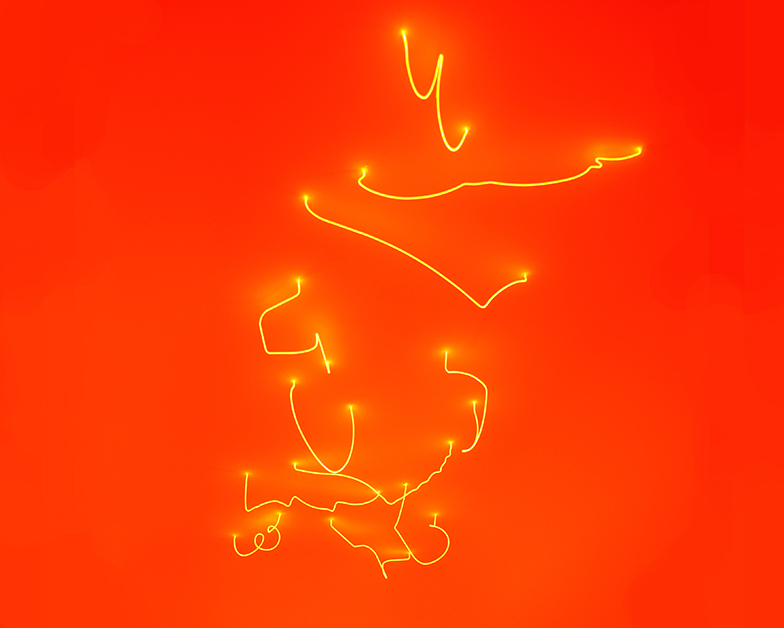 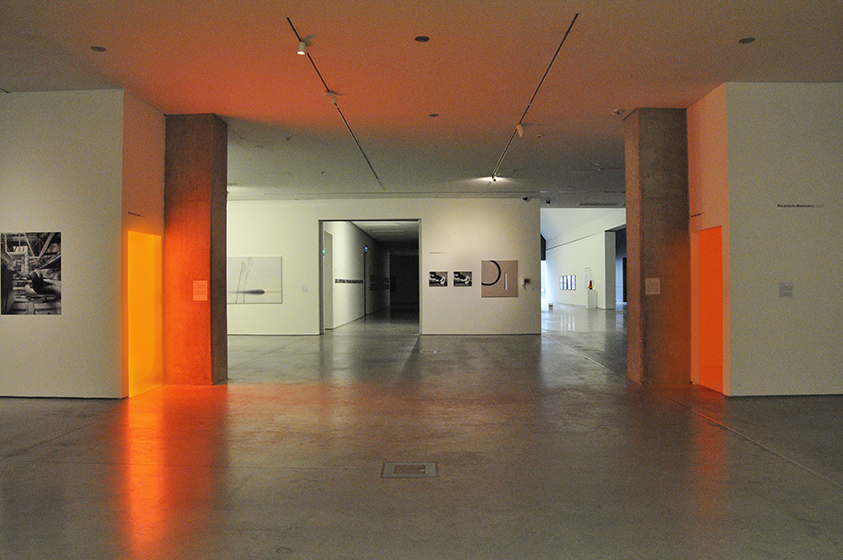 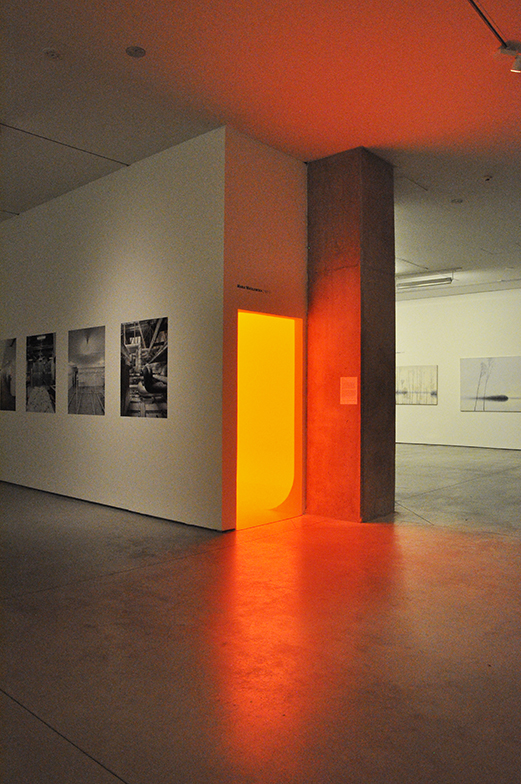 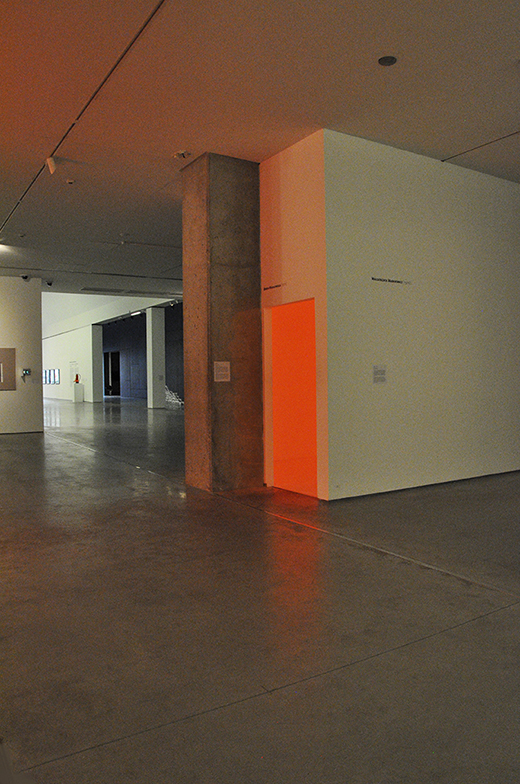 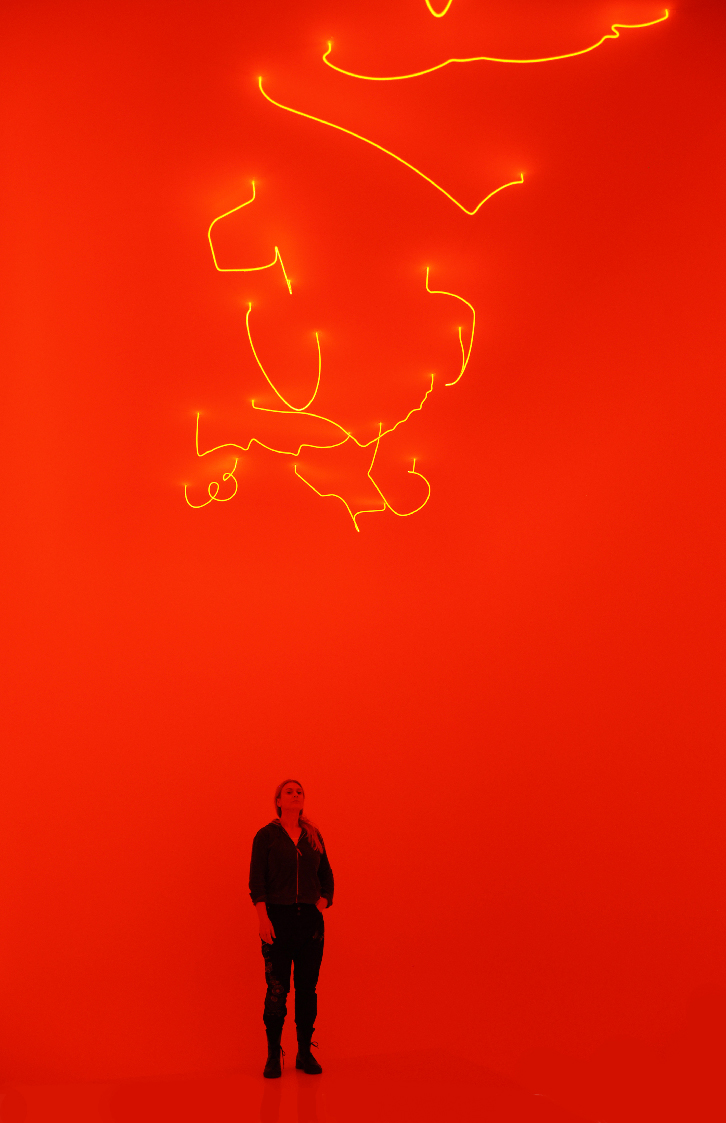 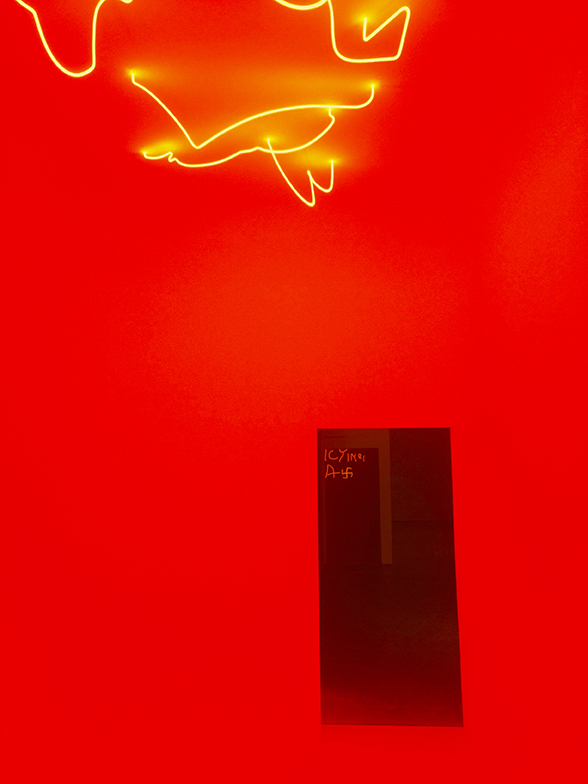 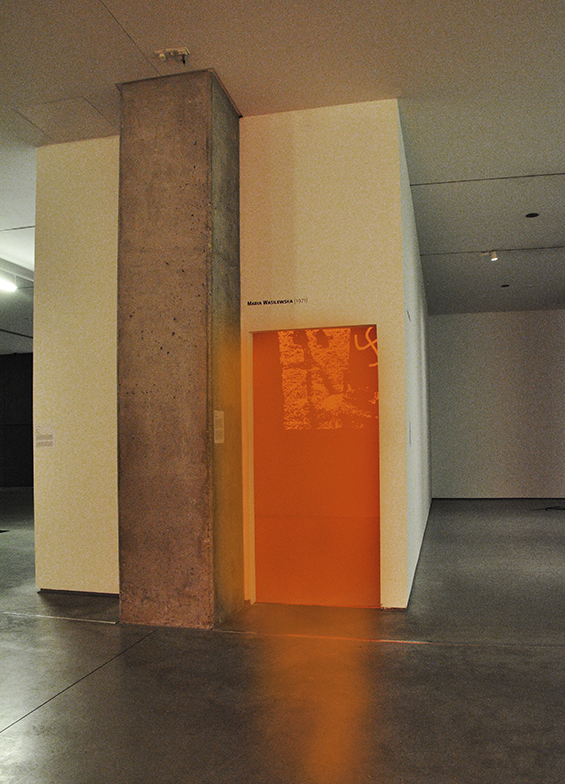 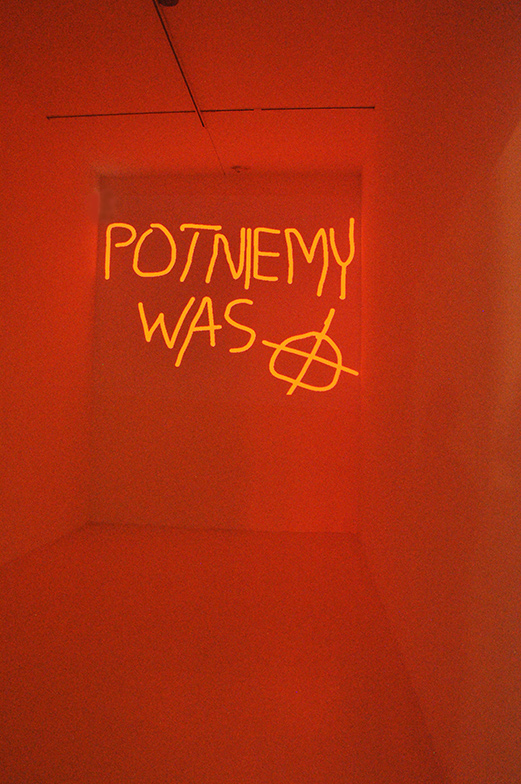 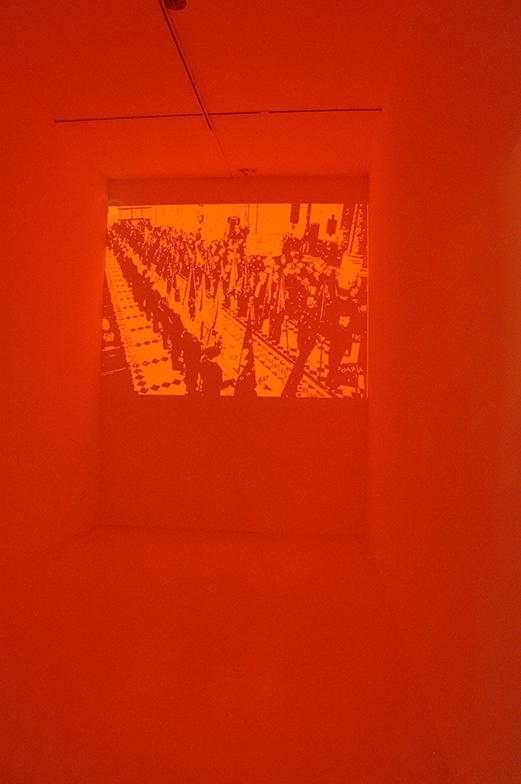 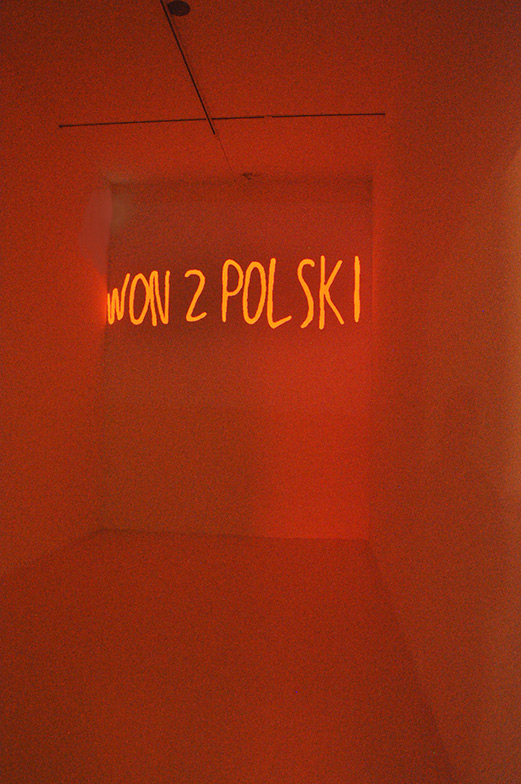