The starting point of peregrinations project are the errors resulting from our limited   perception of the outside world.

Using the model of a children toy, the kaleidoscope I am going to construct an object which is to be hung at the level of a viewer’s sight; a metal kaleidoscope with the shape of a truncated pyramid.

The narrower base of the truncated pyramid makes a screen projecting a film made during a travel by train. It shows the landscape which zooms down . The film stops, rewinds and again returns… like in the life’s journey into the unknown.

The projected film goes under multiplied mirror reflections which result in the creation of one cohesive picture of a sphere inside the kaleidoscope. The sphere suggests seen from a distance planet. The viewer has some problems in distinguishing the real picture (triangular screen) from its reflection.

Putting together two contradictions (real picture and its mirror reflection) there is a strong resemblance or even equality. What is real then? Where is the border between oppositions? Is the physical border also a mental one? The impression is enhanced at the multiplication of pictures resulting in the uncertainty of impressions interpreted by our sight. 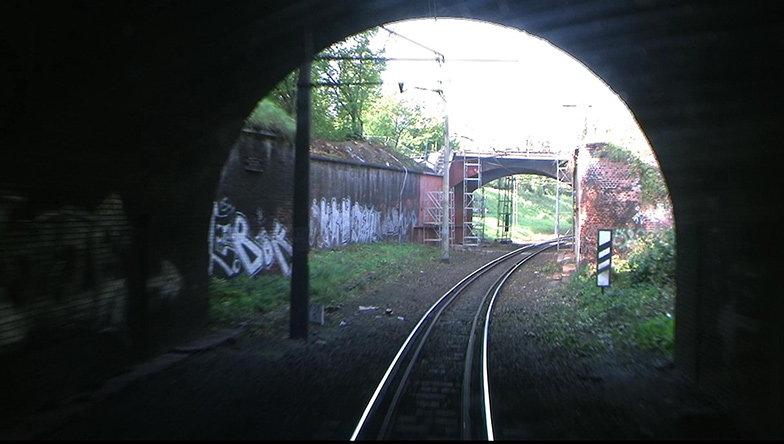 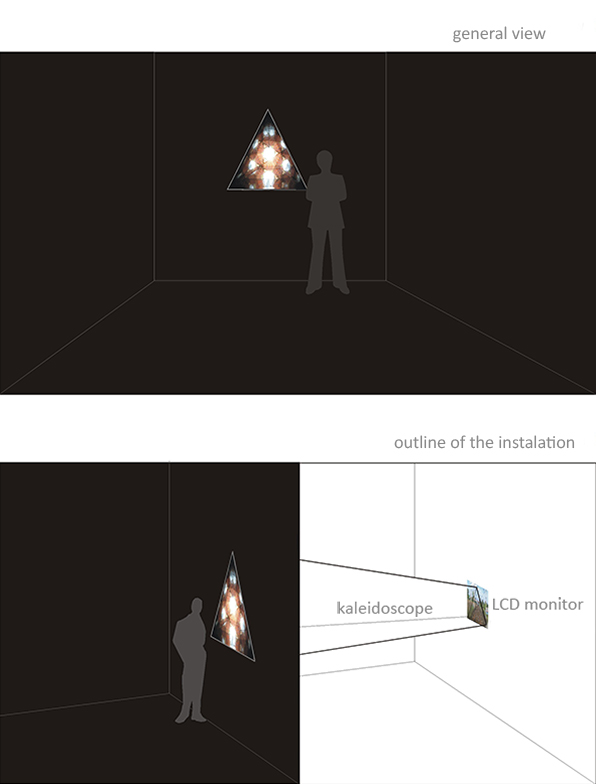 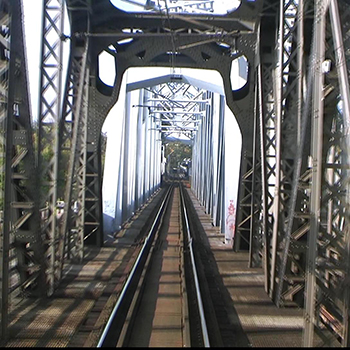 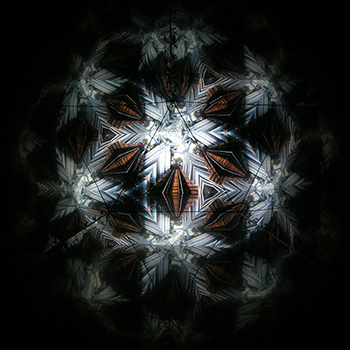 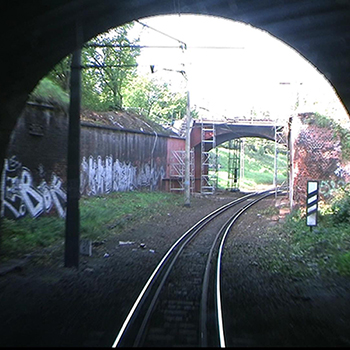 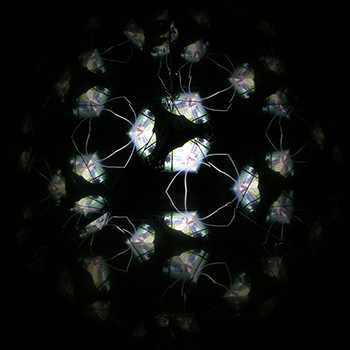