Imprisoned in time we cannot live without it.

We cannot free from its linearly charcter and its inclination and consequently we cannot free from its notions such as the past, the present and the future. We exist only within the frames of this structure. It is somewhere on the threshold of consciousness where being supported by our faith we sense the eternity that is now inacessible.

So we – the dumb viewers among changing pictures – continue to await the unknown.

The repeated persistently events lose their chronology and time is no longer directed. The past, the present and the future, and subsequent days and nights merge like rivers and the ocean into one closed cycle.

Space, which becomes denser by time, creates homogeneous tissue. The forms it takes make only some of its representation.

Slowly and inevitably, day by day, we become slaves to our own images and intentions.

The attempts to feel this tissue, the everyday peregrinations, which give us the illusion of looking for beyond our horizon become unsatisfactory in the end.

For the second time we stumble over our tracks.

Looking at myself in the mirror I cannot go throught to the other side.

Along the longer axis of the white empty rectangular room, on the floor and in the ceiling the luminous tape was streched. Thanks to the luminescence the ascetic drawing, which measures the room, is visible in the complete darkness. From time to time the light of a switched on bulb, hanging in the centre of the ceiling, shows now the luminated real space of the empty room.

In the second room ( the smaller one) the ceiling was covered with the sheet of mirror metal on the layer of foam rubber. It makes the mirror floor sag because of the viewer’s weigh and consequently deformation of the drawing of the ceiling and wall reflection. The going out light, analogically to the former room, brings out from darkness the luminous stripes and their reflections. And again, following a cyclical pattern the switched on light discovers the real space of the room.

Our limited perception capacities have been even more limited to the two constantly repeated images of the space dependent on the source of light.

The whole project is accompanied by the sound of sea waves: rising tide and ebb tide sound. 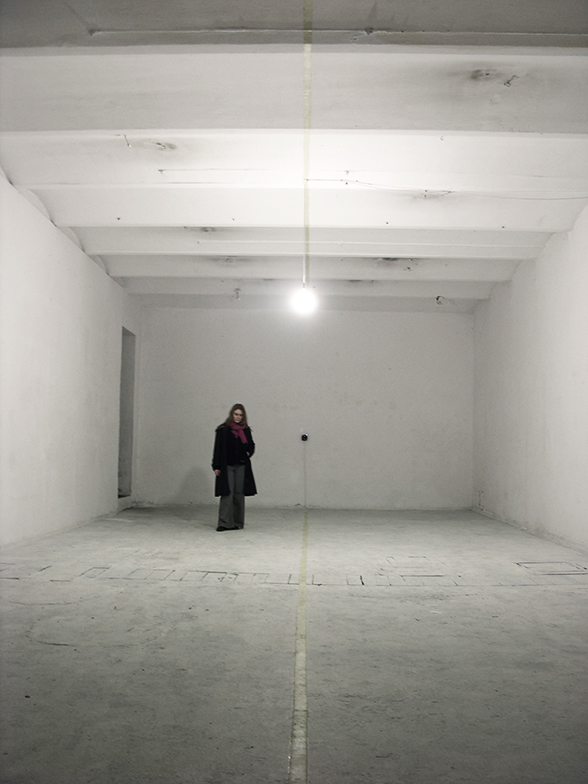 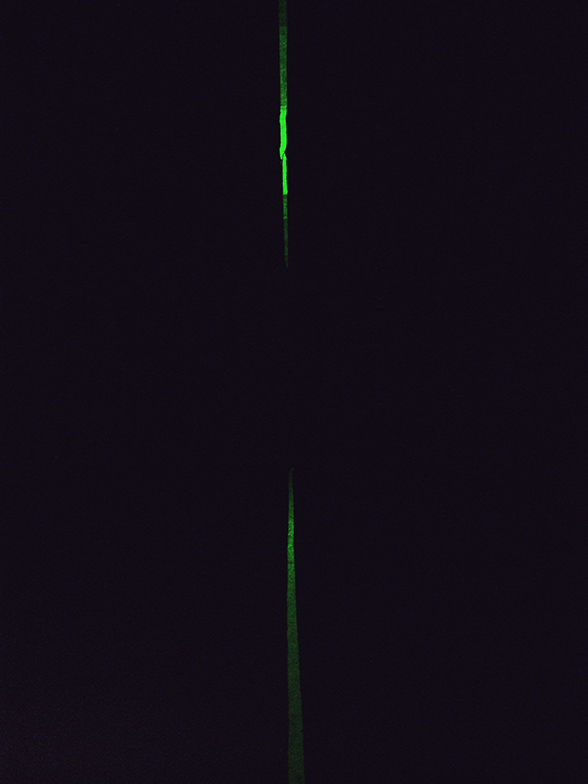 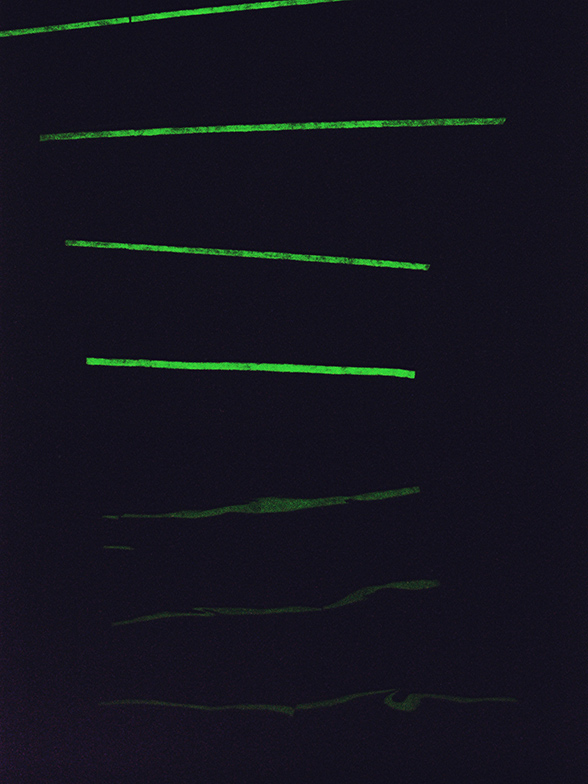 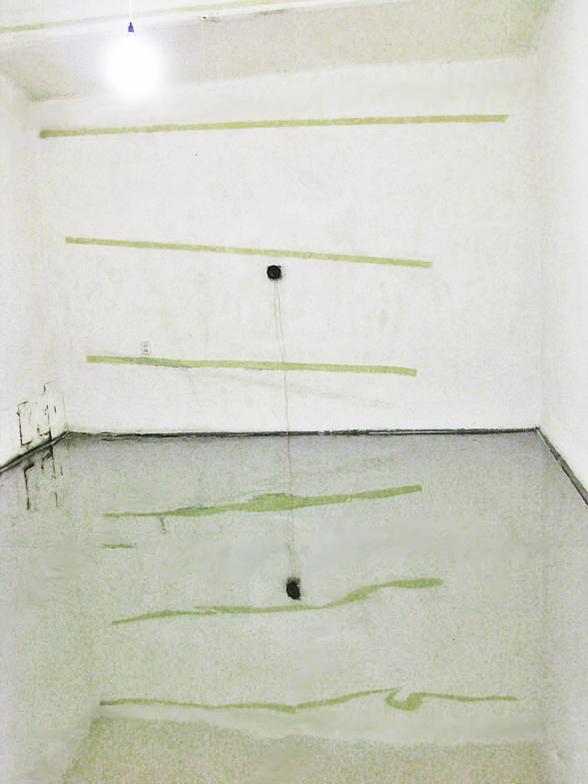